Winning Cigar of the Year in 2015 for its torpedo vitola, the My Father Le Bijou 1922 line is a force to be reckoned with. When explaining the background on the Le Bijou, Cigar Aficionado puts it best:

“The date 1922 denotes the birth year of José Garcia, the father of José ‘Pepin’ Garcia. Le Bijou means ‘the jewel’ in French. And this cigar is emblematic of all the Garcia family has achieved. Pepin started as a roller in Cuba before emigrating to Miami and eventually opening up a tiny rolling gallery in Little Havana. Commercial and critical acclaim for his cigars allowed expansion into Nicaragua. Today, Pepin, Jaime and Janny Garcia lead My Father Cigars, and their factory in Estelí produces millions of cigars a year.” Visually, this cigar is stunningly dark. There is a subtle toothiness and oiliness to the wrapper as well, similar to a recently dried brown paper bag. Off the initial light, there are strong notes of oak and damp earth. The smoke is rich and voluminous. The second third actually lightens up a bit with hints of nuttiness and black pepper. On the finish is a lighter earth that borders on leather. The final third is quite distinct from the previous two due to a shift in flavor profile. The nutty and earthy notes are completely replaced by a dark chocolate and espresso– a sweet bitterness to round out a wonderful smoking experience. 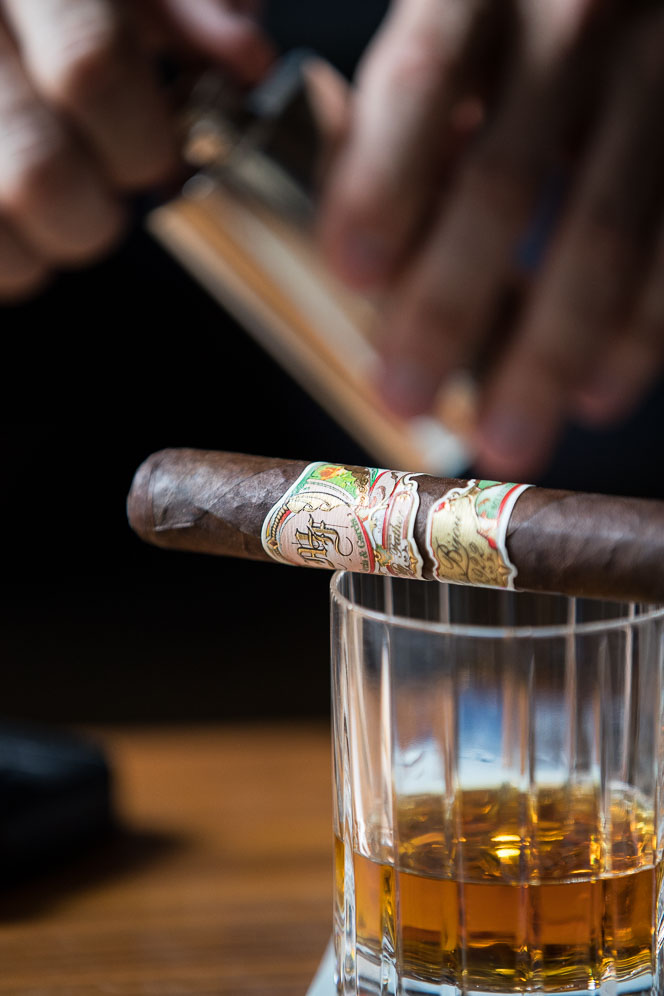 The construction on this grand robusto was wonderful. One small touch up toward the end when the ash fell into my lap, but other than that, a razor sharp burn and plumes of thick, aromatic smoke. The previous time I smoked this cigar from a B&M was in the torpedo vitola, which had more burn issues. Luckily, I had none of these issues with this stick.

This cigar takes roughly 90-100 minutes to smoke and is a great choice for a summer day on or near the water. No large meal needed prior to smoking this stick as it is lesser in strength than you might assume. I personally complemented this smoke with some chilled Ouzo, an anise flavored aperitif. This is an odd combination but delectable nonetheless. This cigar is a wonderful choice for a beginner to intermediate smoker due to the stark transitions and lesser strength. Overall, I would give this cigar a 9/10. I’m in love with the grand robusto size as it is a bit larger than a toro, produces plenty of smoke and just downright tastes good. As a lover of dessert flavors, I’m blown away that I like this stick as much as I do but My Father got this one right on the money.