Under Cover: The Versatile Polo Shirt I think it’s time to reexamine the polo shirt. It’s a classic piece that doesn’t get nearly enough play – at least around these parts. Part of the reason I think I’ve personally not worn them as much is their relative ubiquity.

Let’s face it, the polo shirt is pretty much the de facto summer uniform for the guy who doesn’t like to get dressed up, but has to get dressed up for something. Not that there’s anything wrong with a simple khaki chinos and polo shirt outfit. It’s about as classic as you can get.

One way to take a fresh look at the polo shirt is to think outside the box a little bit. Here’s one way to do it by throwing a blazer on top. 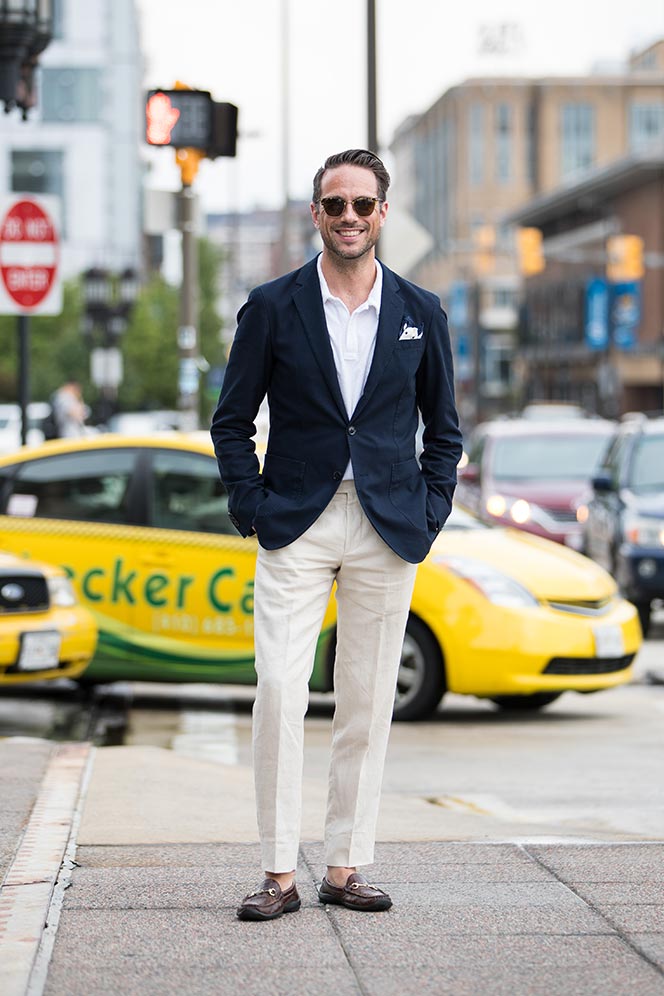 One of the problems with wearing a polo shirt under a blazer is the shirt’s collar. It’s more an extension of the shirt’s fabric than it is an actual “collar.” In other words, it’s not that strong and isn’t going to stand up under a blazer like a regular button-up’s collar. Use it to your advantage.

The unstructured nature of a polo shirt’s collar lends itself to a more easygoing look. Under a blazer, it has the effect of dressing it down, looking more casual and relaxed.

I actually really like this as a summer option. The polo shirt’s short sleeves feel a lot better under a blazer during the summer than a long-sleeved button-up. One downfall – or actually one thing to simply pay attention to – is that flimsier collars may bunch up under the blazer. Just be aware of that and be sure to take a quick look in the mirror to fix any issues if you take your blazer on and off.