The polo shirt was actually invented by a tennis player. No, really.

The polo shirt is a piece of menswear you’d think would have a pretty straight-forward history and origin story. It’s in the name, right? A ‘polo’ shirt clearly was developed as a uniform for polo players! But that’s where you’d be wrong.

As a matter of fact, polo shirts were first used in the sport of tennis, making the common name a misnomer. Back in the day, the tennis uniform, or tennis ‘whites,’ consisted of a long sleeve, white dress shirt worn with the sleeves rolled up.

This was paired with dress trousers and usually a tie. The final result was not very comfortable or conducive to running and swinging a tennis racket. But in those days, fashion won over functionality and everyone called it a day. Tired of the impracticality of tennis whites, he developed the very first ‘polo’ shirt. Instead of a stiffer woven fabric, he favored a knit pique that stretched and moved with the player, with an extended back tail to stay tucked in.

Instead of a button-down collar and full placket, he opted for an unstarched ribbed collar that could be flipped up to protect the neck from the sun, and just a half placket shirt.

Lastly, he ditched the long sleeves for short, cuffed sleeves that allowed a full range of movement.

Lacoste wore his new design to win the 1926 US Open and the design caught on like wildfire. Noting the popularity, he took a business leap and launched ‘The Lacoste Shirt Company,’ adding the now-famous crocodile logo in 1927. The Lacoste tennis shirt remains the gold standard for the polo shirt style to this day.

But wait, tennis shirt? What happened to ‘polo’ shirt? 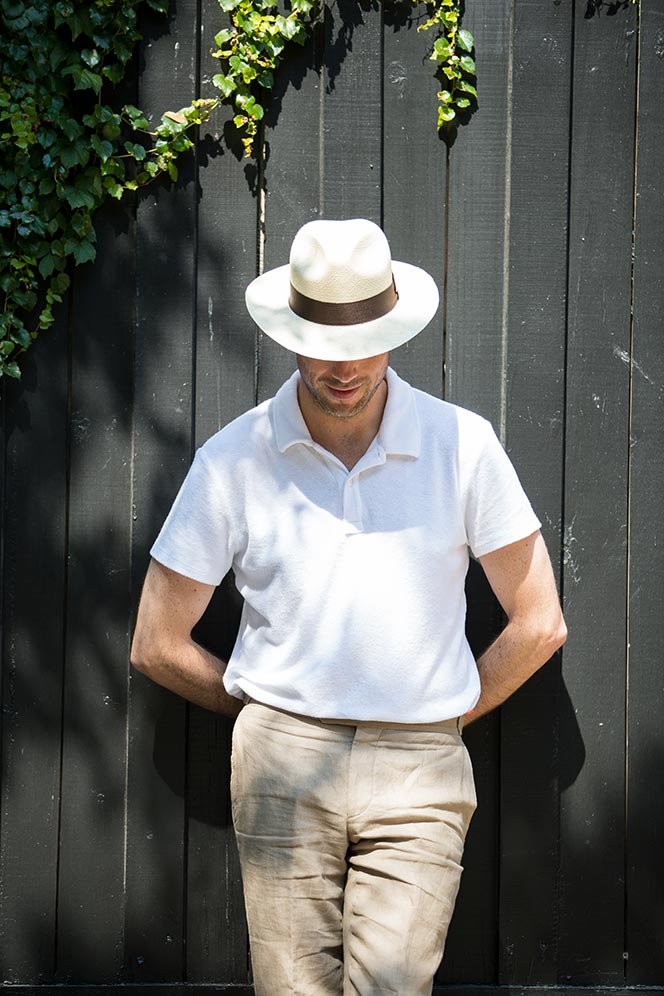 As functional attire caught on in the tennis world, other sportsmen took note and began to abandon their own stuffier duds for more sensible designs.

At the time, polo players were among those still rocking a less-than-convenient button-up shirt. If you’ll recall from our history of the button-down collar, they had started a move towards functionality by buttoning down their collars, but the rest of the ensemble was still pretty restrictive.

So when the ‘tennis’ shirt took off, polo players caught on quick. And for some reason, the term ‘polo shirt’ just stuck more than ‘tennis shirt.’ Before long even tennis players were calling it by that name.

Golfers also picked up the style in the mid 1900s, again loving the shirt for it’s functionality and adopting it as the standard uniform, but the ‘polo’ naming stuck.

Today, like so many other menswear pieces, the polo shirt has moved past it’s athletic origins and has been adapted to everyday use. Either way, you can pair one with chino shorts or jeans for a dressed down look, or throw one on under a blazer or even a suit for a bit more formal of an edge – but all the while attaching a sporty je ne sais quoi.