A Brief History Of Clubmaster Sunglasses

While Aviators or Wayfarers may be more common sunglasses frame styles among the general public, browline or ‘Clubmaster’ sunglasses hold a special place in the hearts of classic menswear aficionados. The style is both bold and instantly recognizable while at the same time subtle and classy. It’s the perfect mix of well-read and too-cool-for-school. Browline frames are pretty much exactly what they sound like. The frames are thicker and more substantial along the top of the lenses – along your browline – usually made of acetate or plastic with a thinner frame wrapping around the bottom of the lenses. The upper portions are called the ‘caps’ or ‘brows’ and are attached to the lower ‘chassis’ via a system of small screws.

The frame was invented for regular eyeglasses way back in 1947 and pioneered by the optical company Shuron, who still makes the frames today. They were worn pretty much exclusively with clear prescription lenses for everyday use until the mid-1980s, when Bruce Willis sported a pair with tinted frames on the show ‘Moonlighting.’ The following surge in demand for browline sunglasses led many other optical companies to pick up the style, with Ray-Ban leading the charge with their new line of ‘Clubmaster’ sunglasses. During the 1990s, there was a distinct backlash against the consumer culture of the 80s, to which the clubmaster style was closely associated. For a hot minute, the style was seen as either too bookish and nerdy or too conservative and right-leaning. The film Falling Down in particular linked the idea of browline glasses with angry, white men.

However, those stigmas dissolved in the mid-2000s as shows like Mad Men spurred a renewed fondness for classic retro styles, with tortoise-shell browline glasses among the top of the list. Along with a resurgence in popularity for browline prescription glasses, the sunglasses style came back into the fold as well. 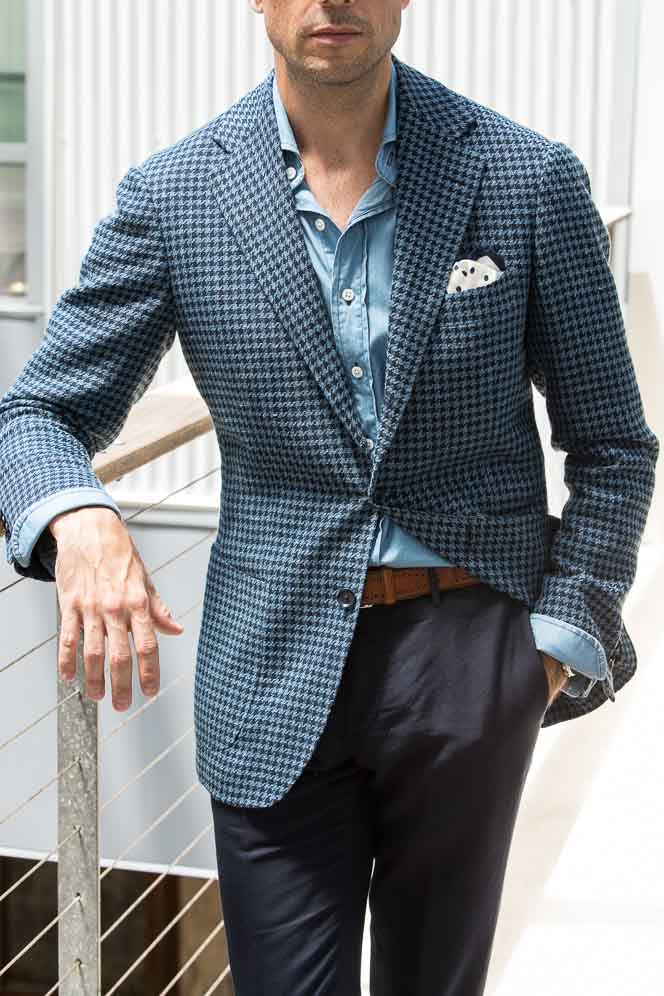 Today, pretty much every optical company has a browline frame. Technically, the term ‘Clubmaster’ is exclusive to Ray-Ban, but has come to refer to the style in general. Pop into any store and ask for ‘clubmasters’ and folks will know exactly what you’re talking about. Everyone from high street stores like Topman to renowned optical brands like Oliver Peoples and Moscot have mimicked the style with their own offerings. Stylistically, Clubmasters are a bit more formal-leaning than aviators or wayfarers. While you won’t look out of place by any means rocking them with a laid back summer outfit, they may be the better choice for a suited look, or even a posh vacation outfit – think more ‘Hamptons’ than ‘South Beach.’ Pop on a pair and you can’t help but feel classic and classy!