I recently got an email from a reader who’s been feeling like he’s trapped in a bit of a style rut. He noted a lack of inspiration, having fallen into a pattern of wearing a “self-imposed uniform” every day. We’ve all been there in some way, shape, or form. Just throwing on a go-to outfit because there’s not enough time in the morning or too many other things to think about. Upgrading “the usual,” especially in the fall, is simple. Just add a great scarf. Whenever I hit a personal style rut, it’s not so much that I find myself wearing a “uniform” of sorts, but rather a similar color palate. As you know, I love blues, grays, and browns. But as far as style ruts go, it’s a good one to have since neutrals provide a great foundation to add colorful and interesting accessories and accents. A scarf is a no-brainer for the fall and you should have at least one in seasonal color, like red, umber, or emerald, for example. (I touched on jewel tones as accents in a previous post.)

You may have noticed that posting has been a little light recently. That’s because Rob and I are traveling for the next month. And, actually, when we return from this trip I’ll be heading straight to Milan for a week. We’ll keep the content coming during this time, including the popular Ask He Spoke Style video series, but frequency will be down to about three posts per week. Doing the best we can and focusing on quality over quantity while we’re traveling. 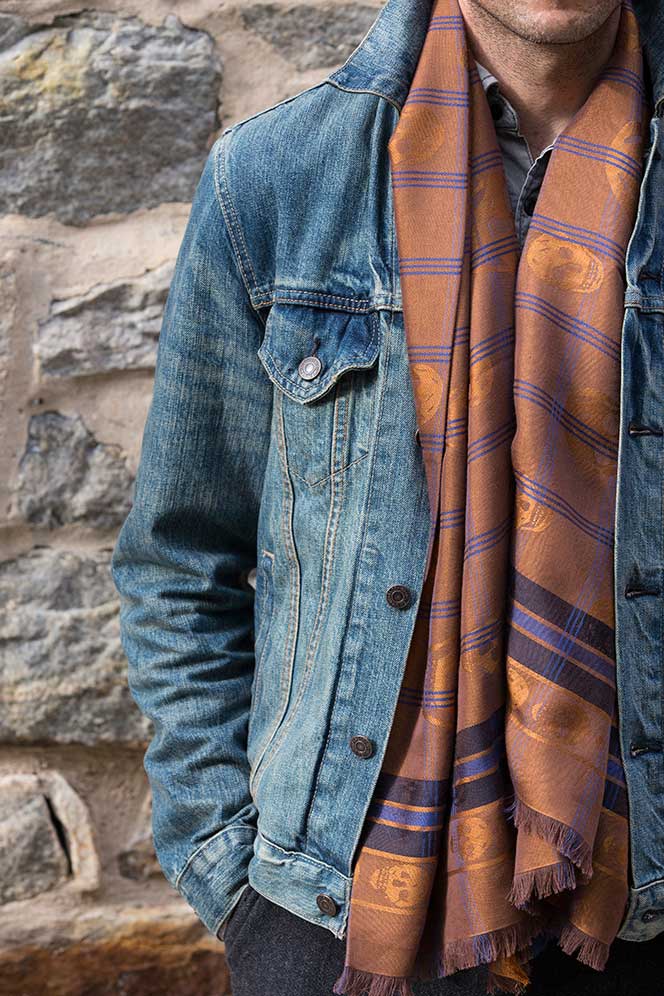