Is It Really Time To Put the White Pants Away?

On the origins of the no white after Labor Day myth

Summer isn’t quite over yet, but we’re going to be transitioning towards fall this week on HSS as we bring back our monthly editorial theme this Thursday.

However, there’s one timely topic we’d like to address prior to this weekend and that is the no white pants after Labor Day myth. 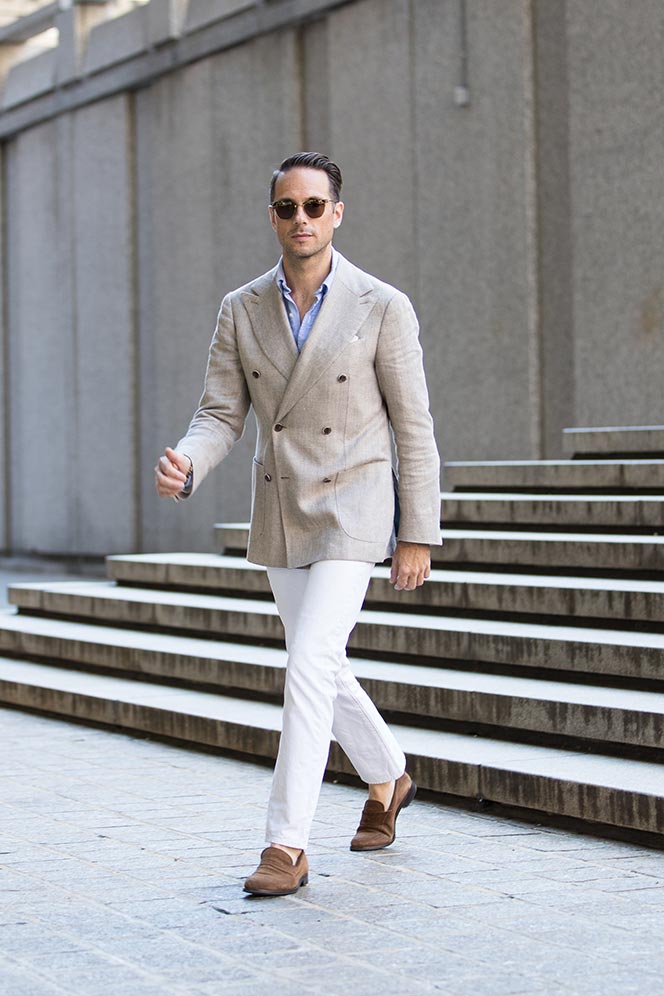 Do just a little reading on the topic and you’ll find a wide (and wild) number of theories on why this is even a thing. Among our favorites – and what I personally find to be the most plausible – is that the no white after Labor Day “rule” was, more than anything, symbolic. In the early part of the last century, white was what was worn by Americans who were wealthy enough to spend their summers outside of the sweltering city heat.

And while they were escaping the city where they lived and worked, they were also symbolically escaping the fashion (or uniform) that went along with that work. A uniform of white linen was a stark and refreshing contrast to a suit and tie.

Labor Day, the traditional end of summer, marked their re-entry into the city, work life and reality. So the white clothing went away and the darker work clothing returned. There was an element of class involved as well. Originally, this was something done by the wealthy. But with the rise of the middle class in the mid part of the century, more and more people started to adopt the “rule” as a way to appear more upwardly mobile.

Interesting theory, but as with anything fashion related, there’s usually little rhyme or reason as to why something trends or gets institutionalized in such a way.

Here at HSS, you know how we feel about the rules and this is one that should be thrown out. Though it is interesting to debate.