We’re in this interesting place right now in terms of menswear. Thankfully, the idea of dressing well and caring about one’s appearance has, by and large, shed the stigma it once had and more men are actually trying to look better on a day to day basis.

The flip side of that is since more guys have gotten interested, nobody wants to wear the same thing as the other guy and that has led to some poor style decisions. I’m talking about things like statement socks, wooden bow ties, the I-really-though-it-was-an-Onion-story hex tie, contrast-threaded button holes and my perennial whipping boy, rubber chicken cuff links. 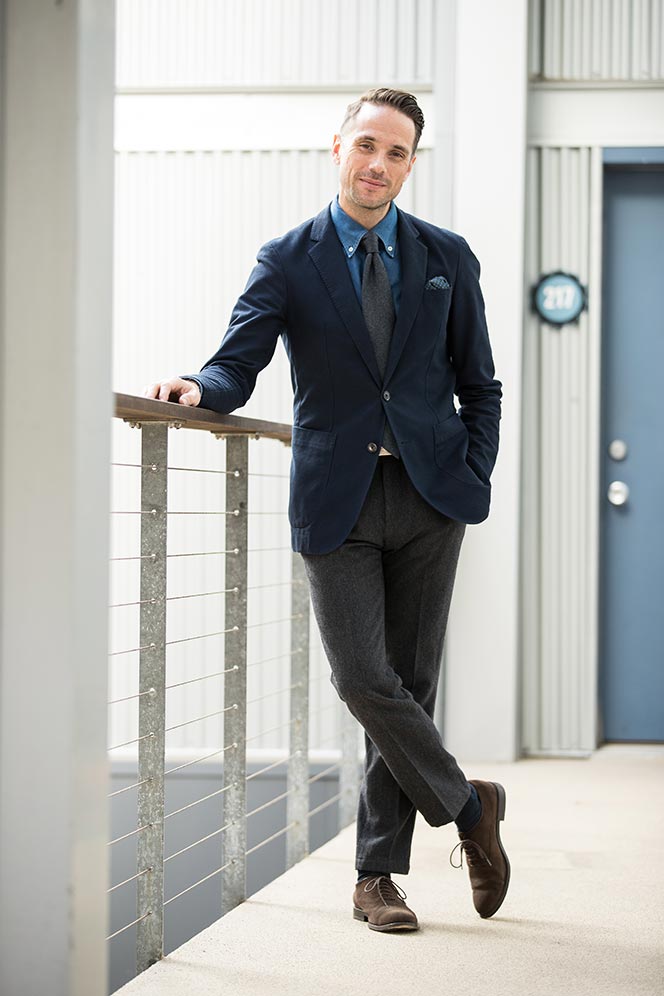 The person who decides to wear any of said items (or other things that could easily be lumped into the same category) does so because he is trying to be different. To stand out. To show everyone that he is “into style”. And that last one, to be honest, while most likely being done earnestly, is perhaps the biggest (and most common) men’s style mistake of them all.

But you know what? I get it. I understand why guys do this. I feel like buried within every guy is a little bit of a hipster ethos – a desire to seek out and acquire something unique that nobody else has. Except, the thing is, when it comes to style, in a general way, it really doesn’t work like that. A navy suit is a navy suit. It has always looked great and will always look great on any man. There is nothing you can or should do to improve it. A navy suit needs no flair.

So, the heart of the matter is a desire to showcase individuality. And a navy suit (or grey suit) is for all intents and purposes, still seen as something of a uniform. How does one stand out when everyone else is wearing the same thing?

That’s a fine question and I would say two things, actually. First, in our current times, adopting a classic sense of dress and style will make you stand out because that’s not the norm. Second, what’s wrong with not standing out because of your clothing? I’m old school in that I don’t think that your outfit should outwardly draw attention to itself. Individuality can be showcased through details – the watch you wear, the lining you’ve chosen for your jacket, the width of your lapel and so on. Oh, and let’s not forget about personality and the ability to have a conversation! Let’s talk about something important and not the gimmicky accessory you’ve worn!