Instead, they spread just enough to be tastefully hidden under the lapels of a jacket, but close enough together to cover the collar band of a necktie. Added bonus? This ‘in-between’ shape fits a both skinny four-in-hand knot and a bulky half-windsor with equal aplomb. He’s not stuffy, but he’s not breaking any rules, either. It’s the kind of neutrality that also adds versatility, holding its own against peacocky suit in a bold pattern, or elevating a standard and somber grey or navy business suit. 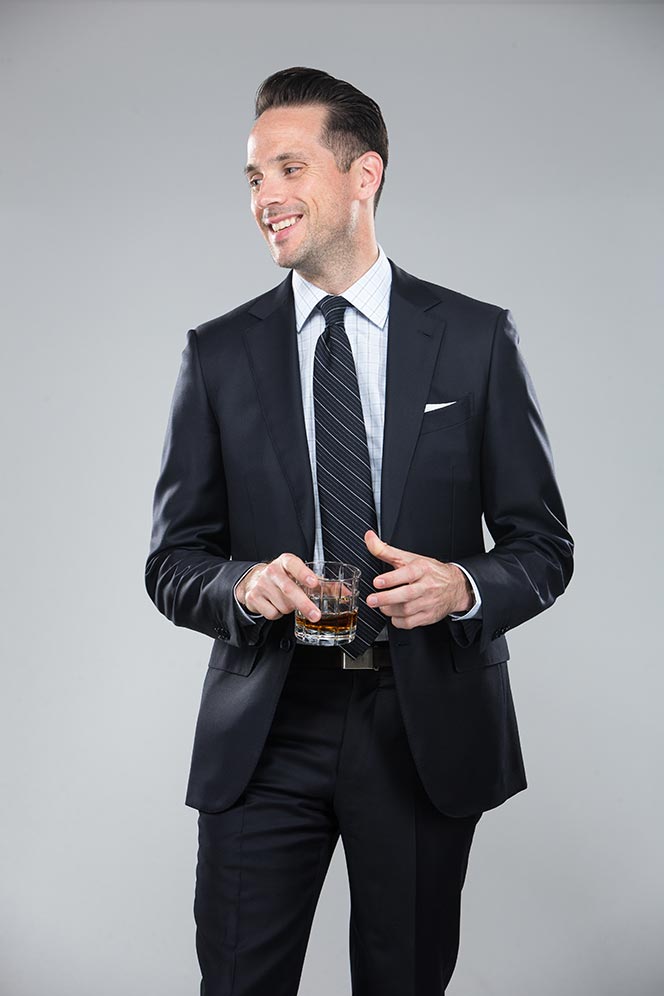 Third, while cutaway collars are often avoided by men with wider faces and, likewise, men with skinny or long faces avoid narrow collars), the spread collar falls smack dab in the middle. As such it’s incredibly versatile, working well with most all face shapes and sizes.

One important styling note – unless it’s your personal preference, the generally accepted advice is that narrower collar spreads look better unbuttoned and sans tie than wider collar spreads. An undone cutaway collar without a tie just looks off to most people. On the contrary, an undone forward point collar can look spot on. Again taking that middle ground, a spread collar might not be my first choice to wear open, but it can definitely do the trick.

As for the origin? Well, it’s a tough one to pick out, but the spread collar hails from around the time of the Duke of Windsor as he was often seen sporting the style.

Beyond that, it’s another classic style that may very well have been around since the initial development of the modern shirt collar – and for that matter, it’s not going anywhere anytime soon.