A Quick Guide To The Chronograph 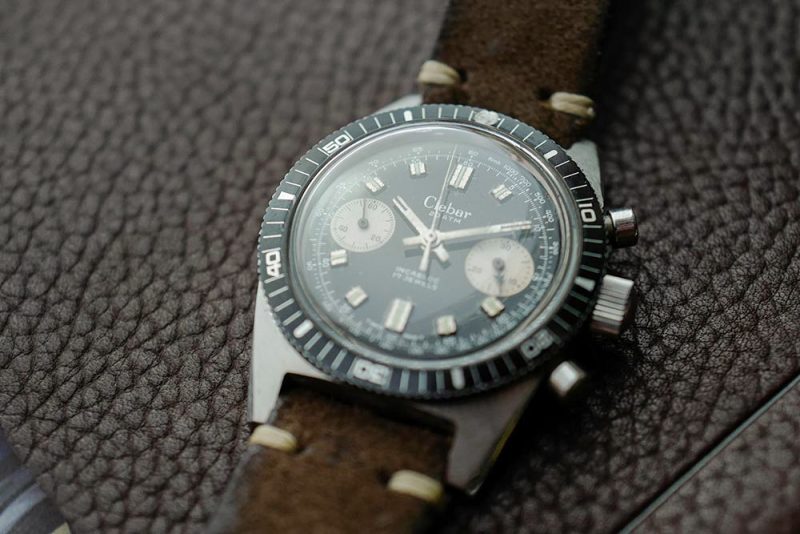 How to use a chronograph, some epic chronograph history and what to look for when buying one

The chronograph is easily one of the most popular and yet misunderstood watch complications in the world today. Often spending its lifetime unused on the wrist, in reality, the chronograph is a fancy word for a stopwatch. Using the pushers on the side of the watch, you can quickly keep track of time. What can you time with a chronograph? Anything and everything. It can be used for baking, cooking, coaching sports, racing, diving and keeping track of how long your kid has been in time out. Heck, it’s even been credited with saving the lives of the astronauts on board Apollo 13 as the shuttle sat 200,000 miles from Earth with no discernible way to get home. And that’s a story so awesome it deserves telling.

It was April 15, 1970. The crew of Apollo 13 had launched just 56 minutes ago. Now 200,000 miles from Earth, an explosion erupted crippling the shuttle and causing its computers to fail. For two days, the astronauts sat helplessly in orbit while their family, friends, and colleagues awaited their certain death. Thankfully, President Eisenhower had signed a recent order that required all astronauts to be equipped with an Omega Speedmaster chronograph watch. Flying blind, the crew came up with the idea that they could use the chronograph to time a critical engine burn with the hopes of aligning the shuttle so they could safely return to earth. Using these mechanical watches, the crew successfully aligned their trajectory and safely splashed down on earth to return as heroes.

When the world’s most advanced computers failed them, a simple wristwatch managed to save their lives. Since then, pilots from around the world wear chronographs on the chance that, if their flight systems fail, perhaps they too can save the lives of those on board.

Today, the most common use of a chronograph is to time races. Whether it be a horse race or NASCAR, the chronograph is used by a handful of professionals who rely on these complications every day. With that said, they still only account for a small percentage of the population that wears a chronograph but has never used its signature function. Some people are chronograph people, some people aren’t. There’s no shame in being on either side of the fence here. We love chronographs here at HSS and, as such, want to provide you with some advice should you be in the market for one for yourself.

How to Buy a Great Chronograph

The nice thing about a chronograph is that you can spend six figures on one or less than $50. Some rely on quartz movement whereas others are automatic and manually wound. Regardless of how much you spend on your watch –
though please remember that watch collecting is not just a game for rich dudes – here’s what you should look for.

Legibility. Look for a chronograph that is easy to read at a glance. It should also be clear without other designs or complications sharing its space on the dial.

Ease of use. You’ll want to pick one with two or three pushers since it makes it far easier to operate when the time is of the essence. You also want to make sure it isn’t going to reset itself if you’re timing something that exceeds its allotted duration. The last thing you want is for the watch to reset itself mid-way through use. So pick one that you know isn’t going to start over or stop automatically. If you are going with a battery-operated watch that has multiple functions, you’ll also want to ensure that the chronograph doesn’t automatically pause or stop if you switch to another function. Other than that, consider any chronograph a great addition to your collection. It’s the quintessential sports watch but is also perfect if you only ever use it to time a hardboiled egg.