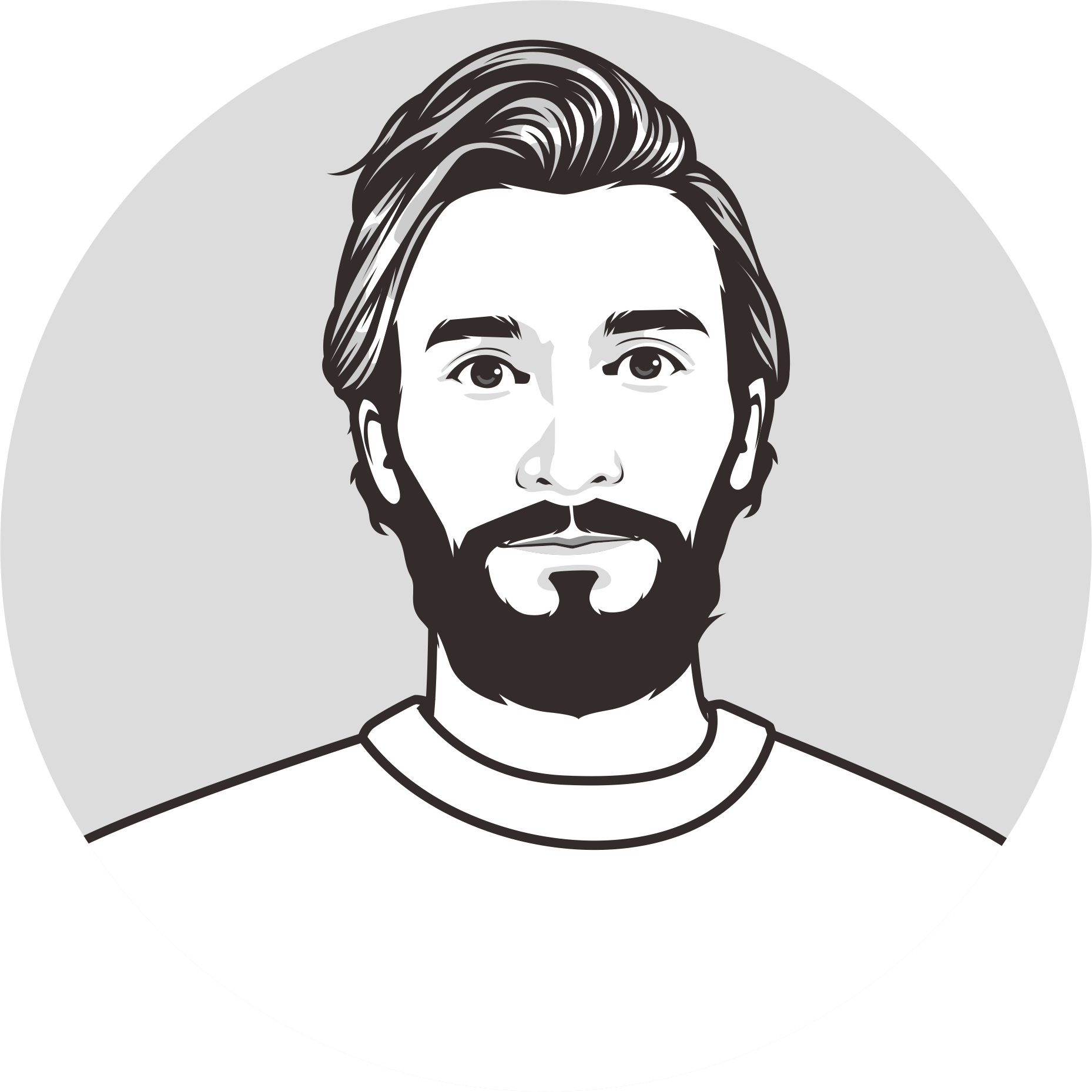 2000s Fashion Trends That Are Making a Comeback

Let’s turn back the clock some 20 plus years. What were you listening to? Where were you? And most importantly, what were you wearing?! For me, I was making my way through High School on my way to college, and I was listening to everything from Jay-Z to Wilco . . . on a minidisc player. I definitely had a preppy bent to my wardrobe, with a lot of collars and bright colors. The fits were different, the fabrics were different, and overall, 2000s fashion was kind of strange, wasn’t it?

The old adage that fashion is cyclical gets used all the time because, well, it’s true. Trends come and go, and then come back again. Right now we’re living through an incredible shift in menswear, and fashion in general. Haute couture brands like Miu Miu are trying their best to channel Marissa from the OC with hip-baring low-rise skirts and crop tops for women.

Meanwhile, menswear brands are embracing looser fits and technical-gear aesthetics. It’s fun, confusing, and honestly, it’s what makes clothing so interesting (and sometimes frustrating). Not all of it works for me, but it does bring back a certain nostalgia that drove this article, and got me thinking about what styles of that era would work now.

So without further ado, here are seven early 2000s fashion trends that I’d totally rock (and actually do rock) today.

Trucker hats were all the rage in the early aughts, with one brand in particular gracing the scalps of many celebrities — Von Dutch. Now, let me be perfectly clear: I’m not advocating wearing a Von Dutch hat today, and I didn’t advocate wearing them at the time. However, the shape of a trucker cap (high crown, slight curved brim, and mesh rear panels) is one that evokes a particular Americana that the thrift crowd of today is re-embracing.

Jerry Lorenzo from Fear of God just released a series of “Open Road” caps that mimic this style in a new way, and I’m totally here for it (and have purchased one of said hats). I also was recently on a hiking trip with some friends and we were all gifted trucker caps, and I love the way the shape looks on my oval face — I also have a pretty good beard and that seems to go well with the aesthetic.

I’d suggest avoiding any bedazzling and find something that has a cool story for you (a brand you like or a thrift store find you love) and rock it all through the summer months. And definitely do not wear with an Affliction tee and Lucky jeans.

Made infamous by Britney Spears and Justin Timberlake in 2001, the Canadian tuxedo is no laughing matter. If you’ve read one of my other pieces here, you know I’m a sucker for good denim. When done tastefully, this combo can look really great. It has an Americana-nostalgia that will go great with your new trucker cap as well!

To pull this off, I’d recommend sticking with dark selvedge denim jeans and then maybe a washed jacket or patterned blazer to start, and then you can start working in various other elements (like pearl-snap western shirts, for example).

This look also doesn’t necessarily have to feel cowboy-esque. You can layer in a nice sweater under a denim jacket with black jeans for something that feels a bit more buttoned-up and formal, or wear with sneakers and a tee for something more laid back but still stylish. I often wear this style and find it to be fun and a lot more versatile than people think. Just avoid the denim hat like JT.

When I was in high school, a rugby shirt was an absolute imperative. I begged my parents to let me get the Abercrombie versions, but unfortunately I was often rocking the American Eagle variety. Rugbies obviously have a long and storied history outside of malls in America, and the advantages of the garment are pretty obvious (nice thick material, a strong collar, rubberized buttons that don’t break, a nice knit elastic cuff in most cases and the unique look of usually some kind of preppy-stripe with a contrasting white collar).

Rugbies never really went out of style per-se, but they were the rage in the late 90s and early 2000s fashion, and I’ve started to see them come back around. Certainly the popularity of brands like Rowing Blazers and Tracksmith have helped the rugby gain popularity with a new generation. The resurgence of J. Crew and others will only help this versatile garment.

As for styling today, I happen to think F.E. Castleberry has the coolest take on the rugby out there, and his combination of New England prep meets rocker meets high fashion is a fun one to try out on your own. Like many things overtly preppy, I find that mixing with other styles (like a pair of John Elliott sweatpants or Rogue Territory jeans) can help it look like you’re not trying too hard and also accentuate the piece you’re trying to show off.

Another one that never really went away, polar fleece is a polyester fabric that is ‘napped’ (in fabric this means it is raised and given texture, like you’d see with suede). It’s nice and warm, easy to wash, and has good stretch to it, which made it perfect for outdoor technical garments. It was introduced in the 70s, but many of us will remember it as the material of our first Synchilla snap-t or North Face ‘Denali’ jacket. (I had the grey fleece with black nylon, it was a must in my high school).

During the rise of #menswear, polar fleece fell out of favor relative to natural fibers like wools and cottons, but has since made a surprising comeback, with many brands now showcasing the fabric and the ability to create unique dye patterns and designs with it in novel ways. I love a good zip up, and fleece is a great fabric that you don’t have to worry too much about, so I’m all on board with this resurgence.

Pair your pullover or jacket with sweats and sneakers for a morning coffee-run look, or pair it with some khakis and loafers for something a bit more elevated. But most of all, have fun with it!

Similar to the resurgence of polar fleece, the current trend of “Gorpcore” (derived from “gorp”, which outdoor enthusiasts will recognize as “good old fashioned raisins and peanuts” — a trail survival must) has meant that brands like Arc’teryx and ACRONYM have become as popular as anything out of Paris or NYC.

In terms of early 2000s fashion, many will remember cargo pants and technical-fabric bottoms as the go-to closet staple. Some of the best versions even zipped on/off at the knee so you had a two garments in one!

The zip-off pant has come back in some forms, although I wouldn’t recommend going this far into the gorpcore world. I do think that cargo pants can provide some interesting silhouette changes, and mark a slightly fun diversion from traditional chinos or khaki pants. 3sixteen did an excellent job reworking the cargo pants into a new silhouette a year or two ago, and Officine Generale (one of my favorite newer brands) and Stone Island do versions as well.

Like everything in all of these trends, I’d recommend against pairing with more technical outerwear (unless you’re going somewhere you need it) as it will look like you’re trying too hard. Try pairing with a blue or white OCBD and maybe a neutral sneaker.

This was my go-to move in high school/college. I did everything from the double popped Lacoste to the rugby under the OCBD. It was A LOT. I wouldn’t recommend it. The style originated in the F-U preppy early days, made a resurgence in the 80s with yuppie culture, and then again in the early aughts. Today there are some really cool and tasteful ways of styling a collar under another collar.

Wearing an overshirt in the summer is a great way of having a light layer. It’s a slightly sprezzy way of showing different fabrics and layers and frankly making the outfit more interesting. I’ve always leaned into collars as a result of having a pretty long neck, and the ability to pop the collar in the summer sun isn’t merely a style choice. I also like styling a bandana underneath if I’m feeling really stylish.

Of all the 2000s fashion trends, this one is probably that’s enjoyed the most popularity recently. We’re seeing everything from slightly looser and baggier suits to a resurgence of pants with as much fabric as parachute pants. I generally steer clear of fuller cuts, with a thin frame and long proportions I find tailored clothes to just look better on my frame. That said, when done well, a fuller-cut garment can look incredibly beautiful and showcase fabric in a way that you can’t necessarily do with a slimmer cut.

A great example would be some of the tailoring that Gucci has been showcasing as of late. Or even a staple like Drake’s Casentino wool pullover. Here’s the way I’d think about this trend — always think about juxtaposition. Having baggier pants with a baggier top just looks messy.

Instead, try pairing something oversized with something a little bit more tailored for an intentional look. I think a celebrity that does this quite well currently is Harry Styles. While you might not want to wear bell bottoms and white Cuban heels like Harry often does, you can still take some notes from his (and his stylist’s) thinking.

Are 2000s Fashion Trends Worth Reviving?

Overall, I think most of us would agree that the early 2000s were not necessarily halcyon days for style, but there were definitely some interesting ideas that, when considered, can help elevate your current style. It’s always important not to take yourself too seriously when dressing yourself, and taking a page from the early aughts, when people most certainly did not take themselves too seriously, can be fun. Enjoy!