Can You Wear Suspenders With Belt Loops?

Answering the question of whether or not it is acceptable

Wearing suspenders (or braces) with belt loops on your trousers is a contentious issue, to say the least, and not one to be confused with wearing a belt with suspenders, which, for the record, is patently wrong with a capital ‘W’. The reason this is debated so fiercely is for reasons of redundancy and purity.

Let’s begin with the purist argument. The sartorial purist will say belt loops or side tabs (which is what one would have instead of belt loops if wearing braces). One or the other. Period. End of discussion. Why? It’s a matter of redundancy of function.

If one has belt loops on one’s trousers, that is so you can wear a belt, which helps keep your pants up. Suspenders serve the same purpose. So wearing suspenders on trousers that have belt loops, a purist will tell you, is absolutely absurd and worthy of mockery. 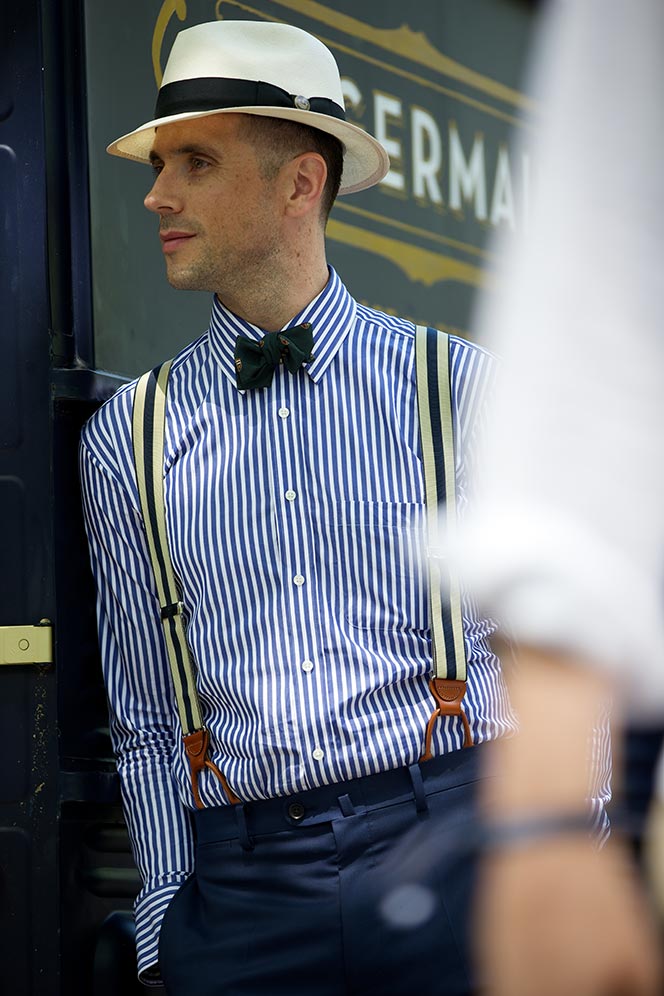 However, there is another school of thought based around the premise of versatility. There are men – probably men like you – who are willing to invest in MTM and custom suits. Dropping that kind of coin for clothing, you honestly can’t blame a guy for wanting the option to wear belt one day and suspenders another. So this type of person will get trousers with both belt loops and buttons for braces as well.

What’s our take on this issue? Well, if you’ve read the site for a while you know exactly where we stand and that is the latter position. In our opinion, it is totally acceptable to wear braces on trousers that also have belt loops. We do it and so does one of the most stylish Italian men we know.