The Wayfarer Is By Ray-Ban, But Wait, There’s More 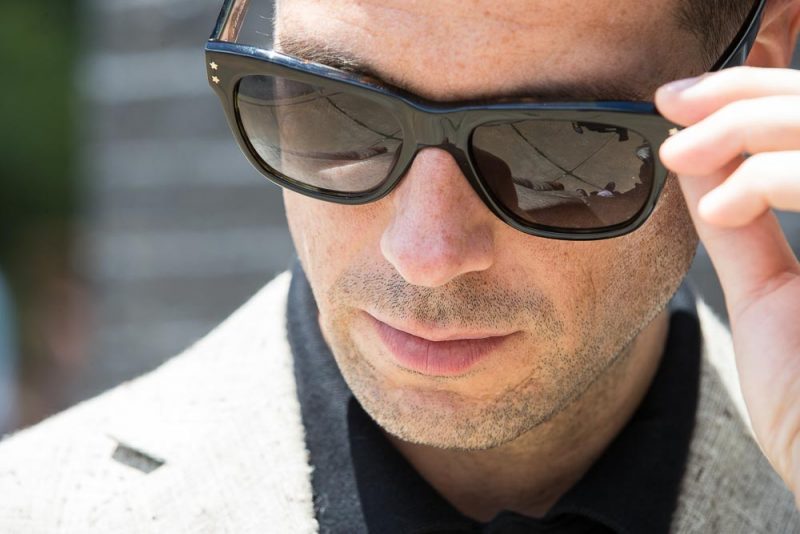 1 / 5
Though the 'Wayfarer' name is exclusive to Ray-Ban, many other brands make a unique Wayfarer style frame. 2 / 5
The original was first designed in 1950.
3 / 5
It's almost impossible to imagine today, but the style was almost discontinued.
4 / 5
But in the 1980s, a $50,000 product placement deal landed the style in over 60 movies and its position as an ultimate cool-guy frame was firmly established.
5 / 5
A pair of the classics, or a more modern version, deserve a place in every modern gentleman's wardrobe.
Glossary

In the realm of sunglasses, and glasses frames in general, there may not be a frame as classic and beloved as the Wayfarer. Characterized by a trapezoidal shape, a bit wider on the top with chunky arms, you’ll be hard pressed to spend a summer day out and about and not spot a pair in the wild. The Wayfarer shape was first designed in 1950 by optical designer Raymond Stegeman for Bausch and Lomb, the parent company of Ray-Ban. In my background research, I stumbled across this great quote from design critic Stephen Bailey:

“The distinctive trapezoidal frame spoke a non-verbal language that hinted at unstable dangerousness, but one nicely tempered by the sturdy arms which, according to the advertising, gave the frames a ‘masculine look.’” After their launch, Ray-Ban’s Wayfarers saw a period of widespread popularity through the 1950s and 1960s, but eventually sales declined and the line was at risk of being canceled entirely, which is hard to believe today. Then, in the early 1980s, Ray-Ban signed a $50,000 a year product placement deal that landed the Wayfarer frame in over 60 movies and TV shows a year, continuing through the mid 2000s.

These placements in popular features like Miami Vice and The Breakfast Club thrust Wayfarers back into the spotlight and sales boomed once more. In 1983, after what was probably the most famous use of Wayfarers by Tom Cruise in Risky Business, Ray-Ban sold over 360,000 pairs. Since then, the style has been worn by movie stars, musicians and fashion icons, and were even featured in the music video for Corey Hart’s “Sunglasses at Night”. While the name ‘Wayfarer’ is actually exclusive to the Ray-Ban model, these days it’s kind of akin to ‘Kleenex’ in that it’s widely used to refer to any sunglasses made in the same signature shape. These days, there are countless brands that have jumped on board, many of which make damn good versions of their own.

Some brands ditch the chunky Ray-Ban arms for something slimmer and more sophisticated, some opt for slightly more rectangular lenses rather than trapezoidal, but all keep the eye-catching sharp corners and bold silhouette. Especially when you consider all of these variations, the Wayfarer is an incredibly versatile shape. Worn by both men and women (they’re my wife’s go-to, I swear she’s addicted), and equally at home with a sharp summer suit as jeans and t-shirt, they’ve got a place in pretty much any wardrobe.