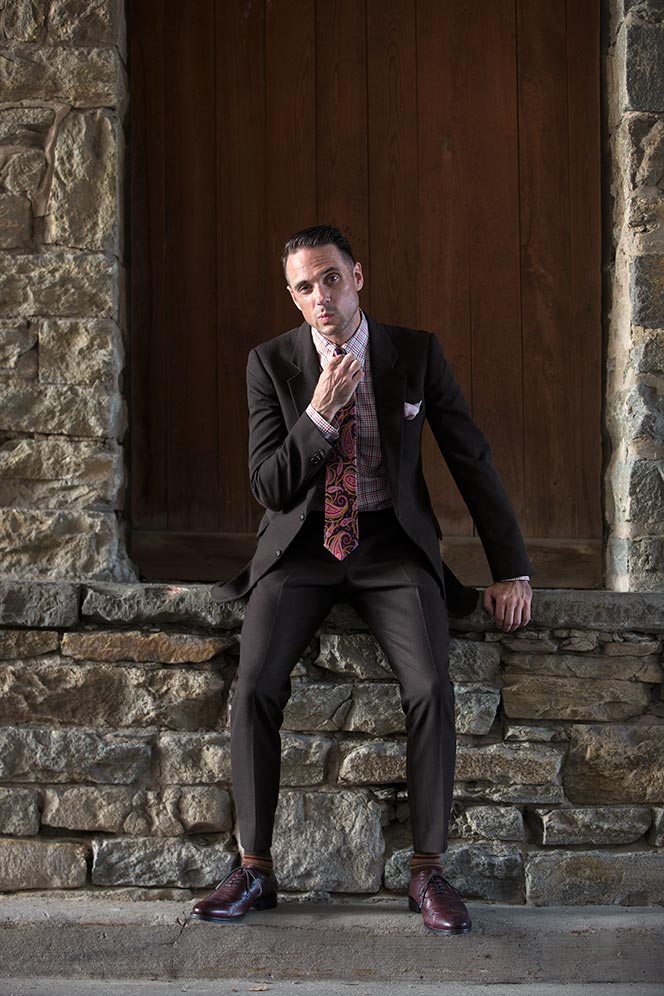 The bass player in my college jazz ensemble was one funny and eccentric dude. He had a knack for saying the most inappropriate, but hilarious, things at just the right (or wrong) time, and had a pretty raw and/or disgusting sense of humor. He also had a very distinct and unapologetic sense of personal style. One of his favorite items was a pair of black parachute pants with tons of zippers. Straight from the 80s. Being that it was the mid-90s, the rest of the rhythm section used to give him a ridiculously hard time. His response was, “Hey, man, fashion is cyclical. You know, the 60s are in right now. Just wait, you’ll be paying top dollar for these in like 20 years!” While I’m not sure about the latter, he was definitely right about the former—fashion is cyclical. And I’ve seen a lot of 1970s influence recently. 1970s style is all about bold patterns, prints, and a little bit of flash. And there’s nothing quite like a big bold paisley. Truth be told, I’d been after a great paisley tie for a few months, but the only options I’d been able to find (and that I actually liked) were extremely expensive and much more than I was willing to pay. That’s why I was so excited when I found this one from Bows & Ties. The exact style and colors I was looking for, plus, at $40, a great price too.

I wouldn’t go so far as to call a paisley tie a statement piece, but it is a bold print that adds a fair amount of personality to a suit. Maybe not the best move if you’re in a government or more conservative corporate work environment, but a better fit if you move and/or work in a more creative field. Tone down the boldness of the pattern by pairing it with browns and rich earth tones. Perfect for fall, and a perfect match for my vintage YSL suit. Could you pull off a paisley tie?

Disclosure: Compensation for this post was provided by Bows-N-Ties. The opinions expressed herein are mine alone and are not indicative of the opinions or positions of Bows-N-Ties.