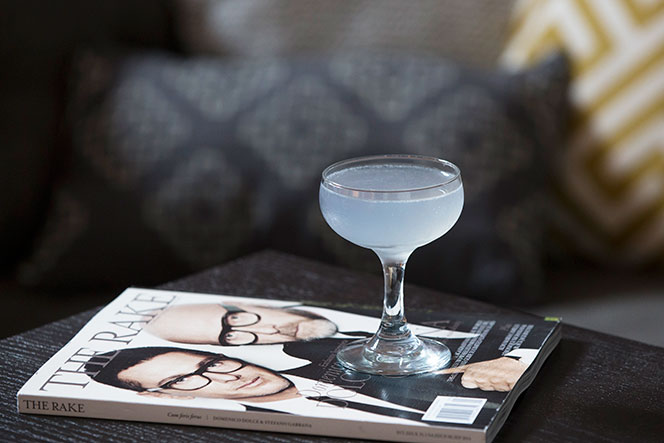 The Aviation was very much a gateway cocktail for me. Years ago when I began diving into the world of pre-Prohibition and craft cocktails, it was one of the first that piqued my interest. Between the use of crème de violette – a liqueur I’d not heard of before then – and it’s otherworldly blue hue, I was intrigued.

Combine the gin, lemon juice, maraschino, and crème de violette in a mixing glass. Shake with ice and strain into a chilled coupe.

The Aviation was first created by Hugo Ensslin, the head bartender at the Hotel Wallick in New York City, and published in his 1916 book Recipes for Mixed Drinks. in 1930, Harry Craddock included the drink in his extremely influential Savoy Cocktail Book, though he omitted the crème de violette. Nobody really knows why. Maybe it was because it was too hard to find. As you might expect, some contemporary cocktail purists, taking Craddock’s book as a bible of sorts, continue to leave it out. I think it’s the ingredient that makes the drink, however, both in color and taste. And since it’s widely available at most well-stocked liquor stores these days, worthy of inclusion.

Like the Bee’s Knees, the type of gin you use makes a big difference in the taste of this drink. The sweetness of the crème de violette pairs best with a London dry, in my opinion. Though if you’re in the purist camp and want to leave that out, you might choose something a little more botanical.